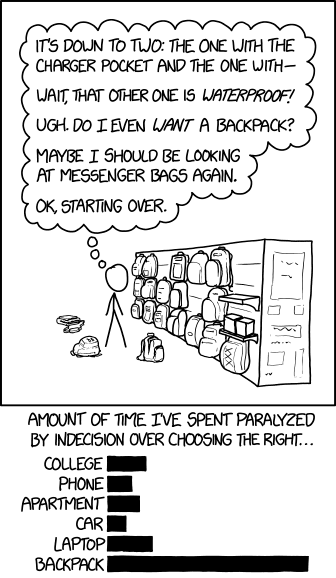 reply
It's served me fairly well to just buy whatever backpack Meh is selling.
Colorado Plateau

stefanetal
Worst part is once you find a good knapsack, it gets discontinued.

"This one is perfect in every way, except that for some reason it's woven from a tungsten mesh, so it weighs 85 pounds and I'll need to carry it around on a hand cart." "That seems like a bad--" "BUT IT HAS THE PERFECT POCKET ARRANGEMENT!"

This is me, but for outerwear generally.

smarkwell
reply
For those looking to go deep on this topic, I suggest looking at these brands

paulconstant
Love Tom Bihn! If you live in Seattle, you should go to their factory showroom, try out some bags, and watch them get handmade on site!

WorldMaker
I love everything I've bought from SF Bags (Waterfield), but the interesting irony that for the most part I've bought every bag from them to be inside some other bag (mostly an LL Bean backpack I've had since late college). Just noticed their "Pro Backpack" project, which sounds fascinating.

tedder
I'm a lover of timbuk2.

amijangos
Thanks for the links, love bags!

ScottInPDX
I'm on year 10 of my Tom Bihn Empire Builder bag. It's probably got another 30 left in it.

endlessmike
I've been using a Chrome messenger for several years and it's in great shape. It's not perfect (there's very few pockets other than the main compartment and a strap to put on a roller bag would be nice), but I really like it. You do occasionally run into someone who thinks it's funny to press the seatbelt button, though.

This is me, except swap backpack and phone.

codersquid
it me, except swap backpack with jackets with the right pockets. ....currently in winter I have a scottevest impulsively bought after reading a blog post by charlie stross. there is nothing like it for the summer here. SIGH

codersquid
AND THE SCOTTEVEST IS OLD and should be replaced because I lost the sleeves. it is not replaced yet so my bar graph is unfinished

Starting today, NewsBlur now officially supports the new JSON Feed spec. And there’s nothing extra you have to do. This means if a website syndicates their stories with the easy-to-write and easy-to-read JSON format, you can read it on NewsBlur. It should make no difference to you, since you’re reading the end product. But to website developers everywhere, supporting JSON Feeds is so much easier than supporting XML-based RSS/Atom.

According to Clay, there are 15,000 NewsBlur users who subscribe to Daring Fireball. It’s very cool to see a feed reader that popular adopt JSON Feed so quickly.

The DF RSS feed isn’t going anywhere, so if you’re already subscribed to it, there’s no need to switch. But JSON Feed’s spec makes it possible for me to specify both a url that points to the post on Daring Fireball (i.e. the permalink) and an external_url that points to the article I’m linking to. The way I’ve dealt with that in the RSS (technically Atom, but that’s sort of beside the point) is a bit of a hack that’s caused problems with numerous feed readers over the years.

SWCarson
How do I switch to the JSON feed? I'm on https://daringfireball.net/feeds/main now.

benyafai
Gruber announced recently it is at https://daringfireball.net/feeds/json Thing is, it's technically a different feed. So different Newsblur shares/comments...

SWCarson
Thanks. Strange though. Now in the JSON feed there is no link to the article Gruber is commenting on in Newsblur at all. Seems like a downgrade!?! 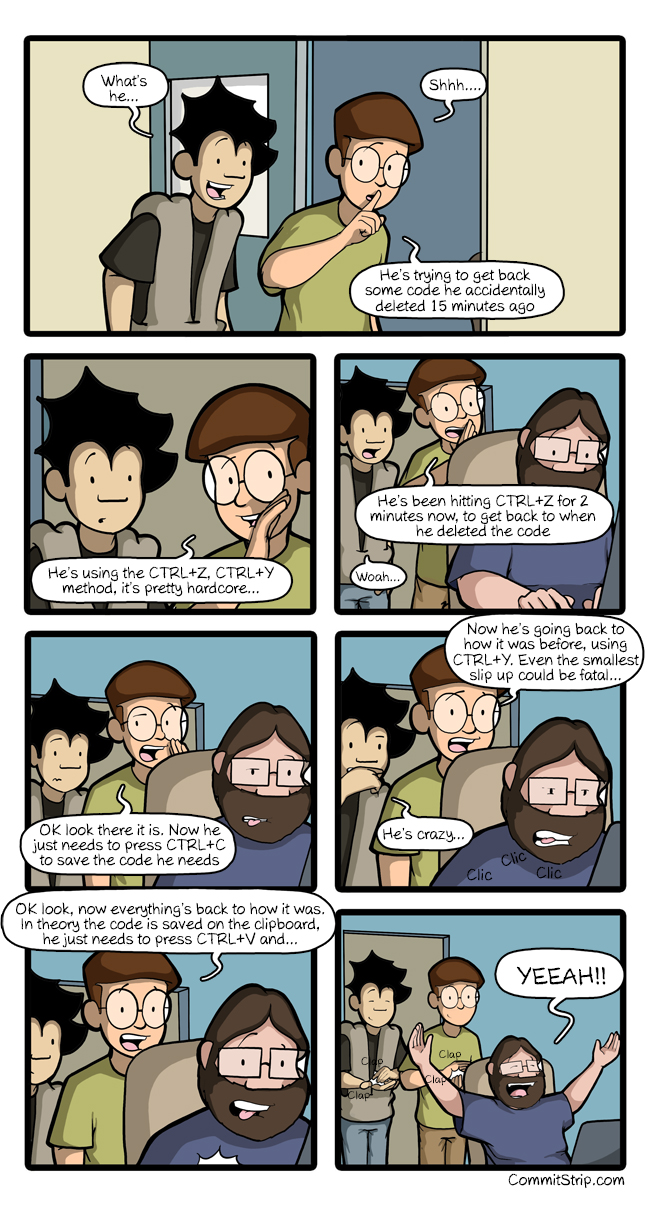